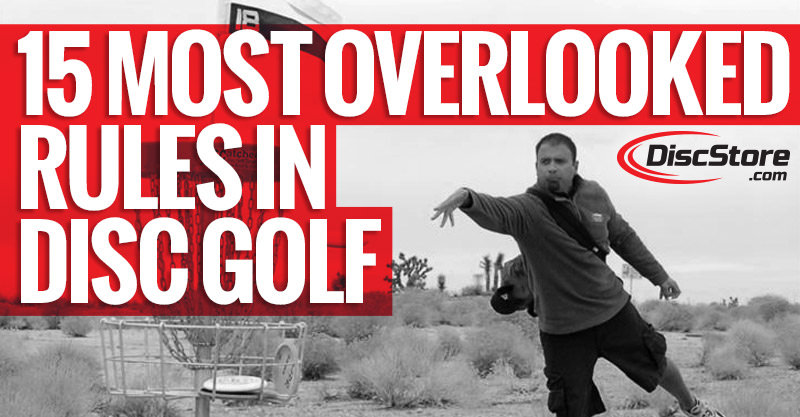 Anyone who has gone out to play disc golf their first time, or thousandth time, has a different perception of what appropriate etiquette is on the course. There are many casual disc golfers I see on the course who want to play competitively and perform at their best. I want to help shed some light on some of these common oversights in the rules of disc golf.

To be able to learn the rules of the game, it takes patience and humility - no one really likes being corrected. However, listening to a more experienced disc golfer about rules and etiquette in a casual round could save you strokes and embarrassment in future competitive rounds.

I have played with many recreational and competitive golfers and have come up with my list of the most common overlooked rules and etiquette mistakes that most often occur on the course.

Thanks for reading and let us know if you have any questions. Make sure and follow our blog for future tips, tricks, and news about your favorite disc sports.

Check out all of the PDGA Rules here

Also, check out the Disc Golfer’s Code for a quick etiquette reference.