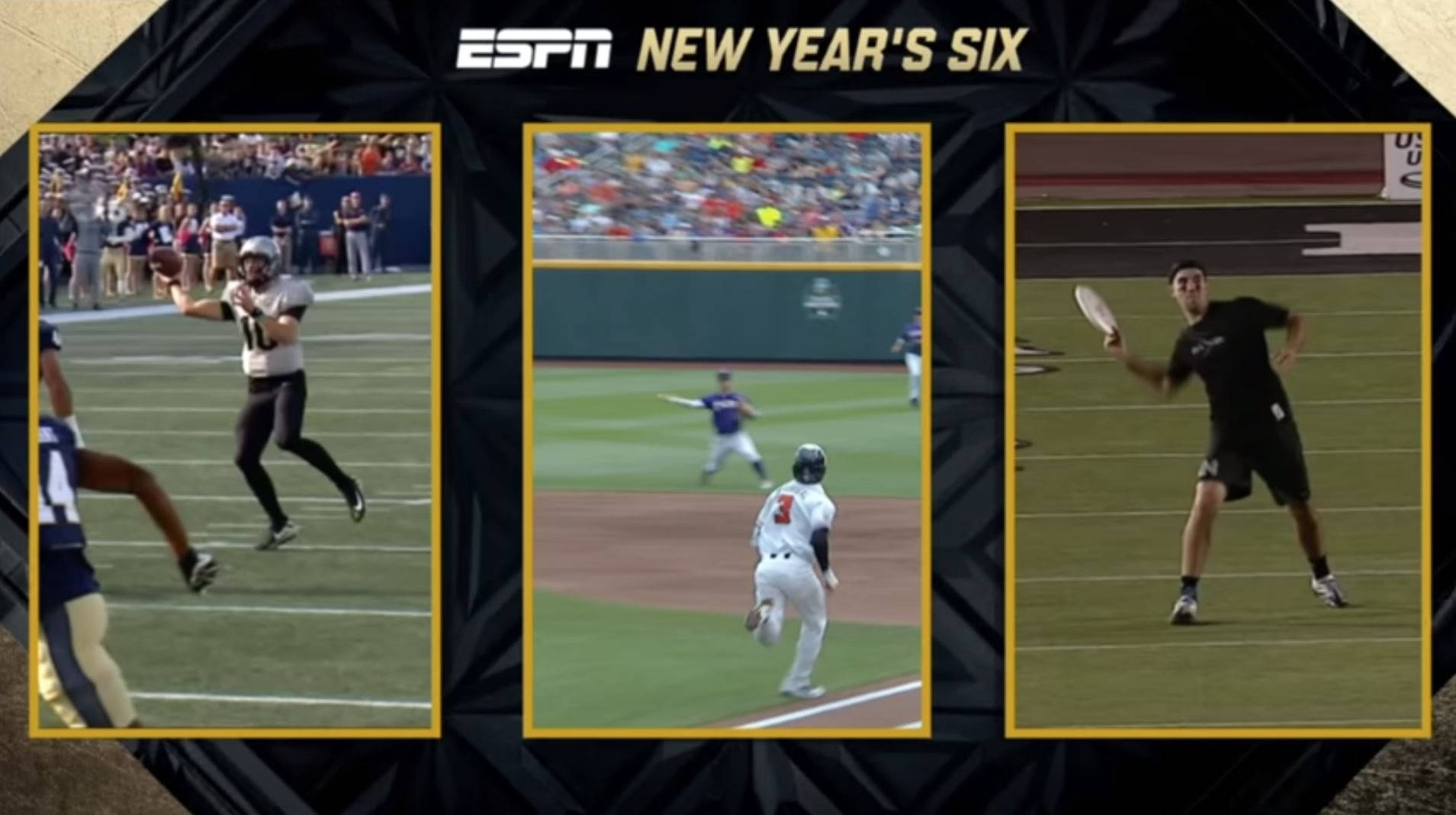 If you watched football on New Year's Day like many Americans, you may have seen the comparison made between the throwing motion of football and disc during a nationally televised college bowl game.

On Monday ESPN commentator Brock Huard, a former University of Washington and NFL quarterback, made the observation in the UCF vs. Auburn Peach Bowl game, one of the major college football bowl games of the season. The 10th ranked UCF Knights went on to beat the 7th ranked Auburn Tigers by a score of 34 to 27.
Watch the comparison here:
ultimate frisbee