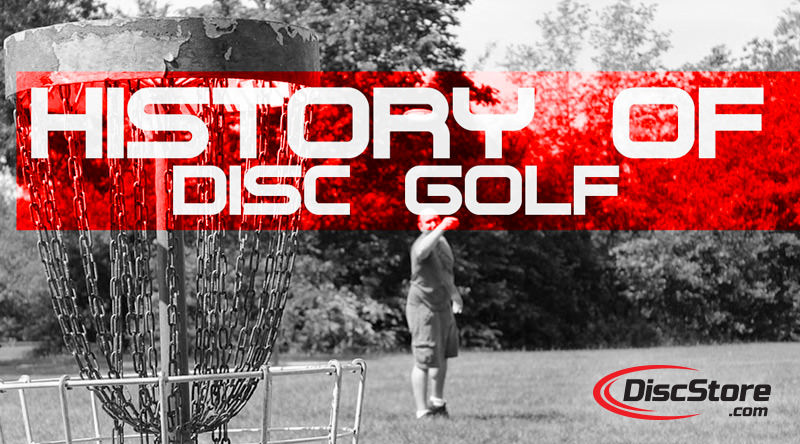 There are multiple examples of the disc golf being played by many in different forms and variations across a multitude of locations and times. From accounts of people throwing objects at particular targets of trash cans, fire hydrants, street lamps, to the modern day flying disc targets. 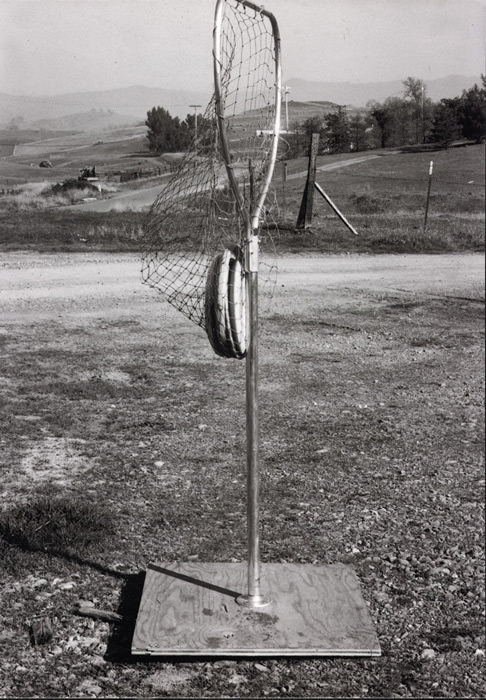 One of the earliest forms of disc golf targets in the 1950's | Photos Courtesy of DiscGolf.com

One of the the most direct traces to the sport can be linked to “Steady” Ed Headrick and the invention of the flying disc. “Steady” Ed invented many things but his two that are most important to the sport today are the Frisbee (1966) and the Disc Golf Pole Hole about 11 years later.

In one documented account, George Sappenfield, a kids camp counselor, had an idea while playing typical ball golf one day that the kids could also play golf with flying discs instead of the ball. A couple years later he resurfaced the idea once he was the Park and Recreation Supervisor in Thousand Oaks, CA and approached Wham-O with the idea. He asked them if they could help him host a “Frisbee Golf” contest with his recreation program. Wham-O, responded by sending him Frisbees and Hula Hoops, which they also manufactured, so he could use the hoops as targets for the Frisbees. 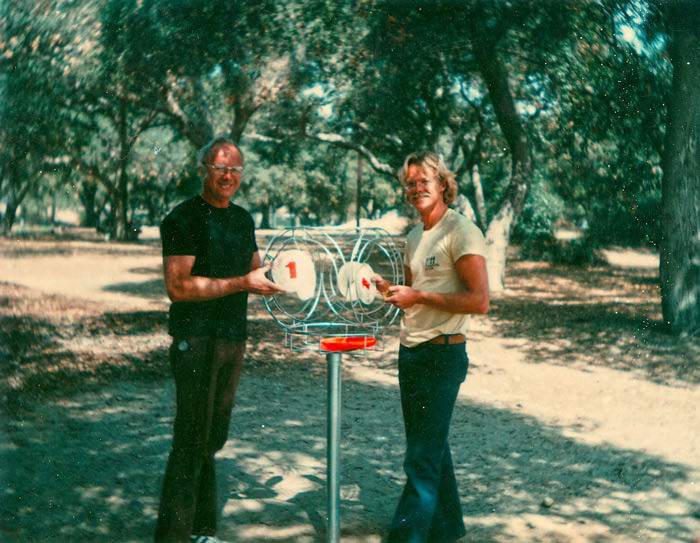 Sappenfield later connected with “Steady” Ed and convinced him, an employee of Wham-O at the time, to include his version of “Frisbee Golf” in a large promotional event that Wham-O had planned on hosting at the Pasadena Rose Bowl as a promotional event. For over seven years later however, “Frisbee Golf” did not have any noticeable mentions and it appeared it was not something that Wham-O was willing to use in their marketing plans.

However, Wham-O’s lack of development did not stop the sport from taking on speed through the country. Jim Palmeri, his brother, and few others from Rochester, NY, had regularly been playing “Frisbee Golf” since 1970 in tournaments and weekly leagues. They even promoted a couple of Frisbee Championship events which featured their sport and its players.

In 1973, the group from Rochester discovered a newsletter that “Steady” Ed has created that was all about Frisbee and the group decided to promote the 1974 City of Rochester Disc Golf Championship as a National Tournament and called it the American Flying Disc Open (AFDO). They even bought a brand new 1974 Datsun car to give away to winner of their tournament in hopes to get the largest audience they could and see how far reaching disc golf really was.

Upon hearing about the success of the open, “Steady” Ed pushed to create a new division in Wham-O for sports promotion and hired the director of the AFDO as its director. With support from players across the country and the new director, Ed was able to include disc golf in Wham-O’s upcoming 1975 World Frisbee Championships.

While the sport was moving quickly, the first official course was installed in 1976 by Ed in Oak Grove Park in Pasadena, CA. The targets at the time were permanent poles placed into the ground. 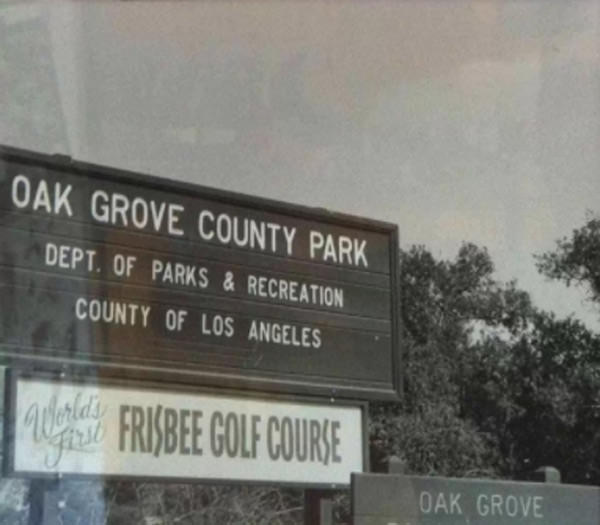 With the success of the 1975 World Frisbee Championships, and support from other players, Ed wanted more for the sport of disc golf. Ed decided to resign from his VP position at Wham-O and started the Disc Golf Association (DGA) business in April 1976.

The next big thing for disc golf was an event organized once again by “Steady” Ed in 1979. The $50,000 Disc Golf Tournament was a qualifying event and one of the largest cash prizes you would see in the sport. Players played across the country to qualify for a spot at the big event.

Over the years the PDGA became more and more established as the sport’s leading promoter and the sport continued to grow in popularity. Player ratings, competitive divisions, statistics committees and more were beginning to take shape. Disc manufacturer Champion Discs was established (now Innova Discs) and competition for Wham-O began to appear in the industry. The sport itself was catching on with national and world events being played throughout the year and clubs popping up across the country.

PDGA membership rate is expanding more rapidly today than it was in the early days. As of July 6th, 2016, the membership count in the PDGA is 87248 with nearly 31,000 active members. 2015 concluded with 2,590 PDGA sanctioned events, including seven on the PDGA National Tour, 12 PDGA Majors, and 100+ A-Tiers.

Now you can find disc golf highlights on the ESPN Sportscenter Top 10, live streaming across many platforms, and at your local course nearby.