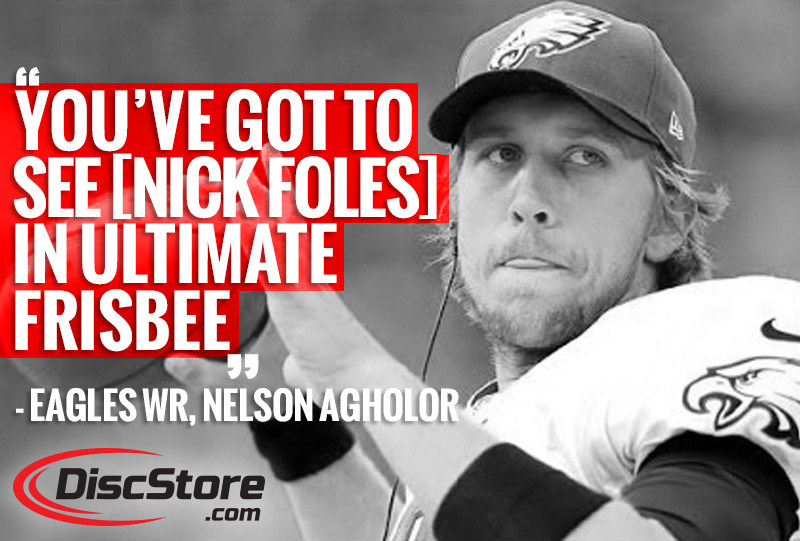 Nick Foles is fresh off a Super Bowl win and we are happy for him. The touchdown grab he made showed that his hands are as good as his throws. What we are even more excited to hear though is that he loves to play Ultimate frisbee on the side, and appears to be great at that as well.

Nelson Agholor, wide receiver for the Eagles told The New York Times, “You’ve got to see him in Ultimate Frisbee, we do a little conditioning in Ultimate Frisbee in the off-season. This dude’s got hands, got routes. Stupid athletic.”

We have yet to see any videos surface of Foles throwing the disc but we have no doubt the sight would be amazing to see. Its not uncommon to see professional athletes take to the field for a game of Ultimate.

Ultimate has been gaining popularity in many sports training regimen across the country and a favorite among collegiate and professional sports. Kirk Cousins starred in Brodie Smith’s Super Bowl Trick Shot video in February 2017 along with Vernon Davis, also of the Washington Redskins starred in Bro vs Pro #2  in August of 2017.

Let’s get excited for more pro athletes to join the cause for Ultimate frisbee.

Do you know of any other pro athletes who would be good at Ultimate?