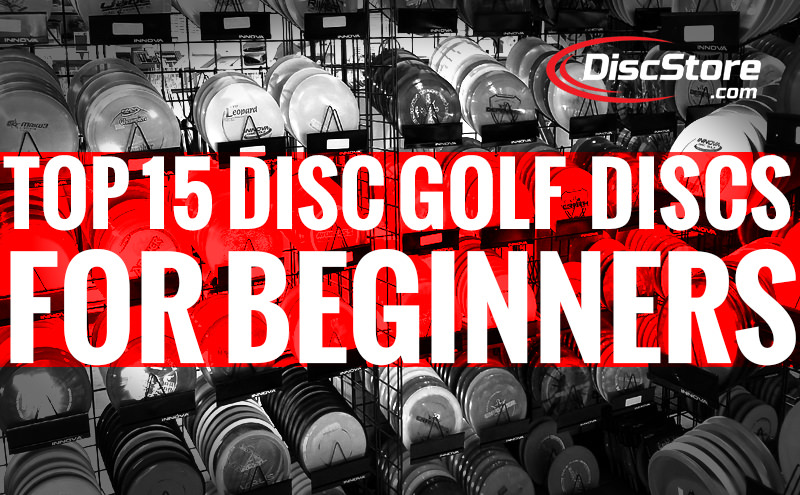 We have come up with a list of the top 15 disc golf discs for beginners. If you are new to the game of disc golf, these putters, midranges and drivers will be excellent choices for you. If you're already familiar with disc golf or a seasoned vet, you may even have these discs in your bag already! 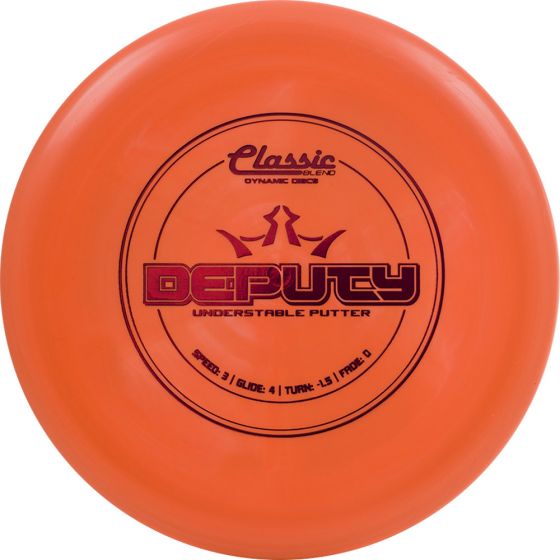 Dynamic Discs Deputy is one of the most beginner friendly putters on the market. The Deputy is an understable, straight flying putt and approach disc that allows for easy turnovers at high speeds. The high glide and low fade allows players with smaller hands and lower arm speeds to throw with precision accuracy, making it a great beginner friendly putter.  Check it out here! 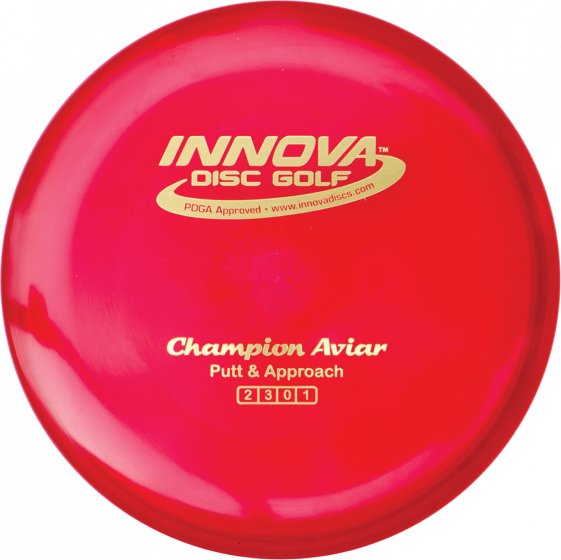 Innova’s Aviar Putt and Approach is one of the oldest and most popular putters in Disc Golf. It has won more world championships than all putters combined.  Approved in 1984, the Aviar has been the number one putter in disc golf for over thirty years. It is a stable, consistent, straight flying disc good for short drives, approaches, and chain hunting. Recommended for all skill levels the Aviar putt and approach is the most most reliable and durable putter ever made. Check it out here! 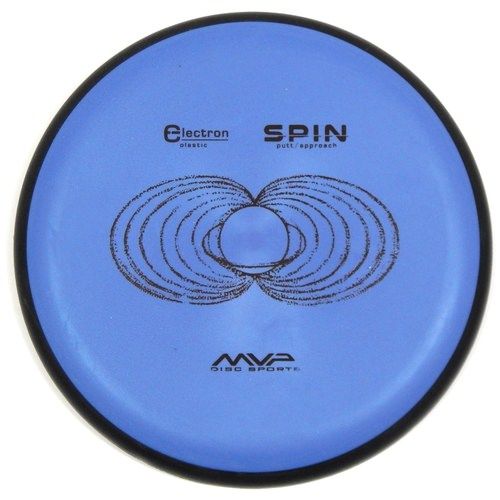 MVP’s Spin is a deep profile understable putter. It is a straight forward point and shoot type of putter.  The high glide makes for lofty flights and at further distances the Spin is very responsive to high power turning.  Beginners with lower power and arm speed will find the Spin to be a very straight flyer, as well as a great disc to learn how to turn off the tee pad. Check it out here! 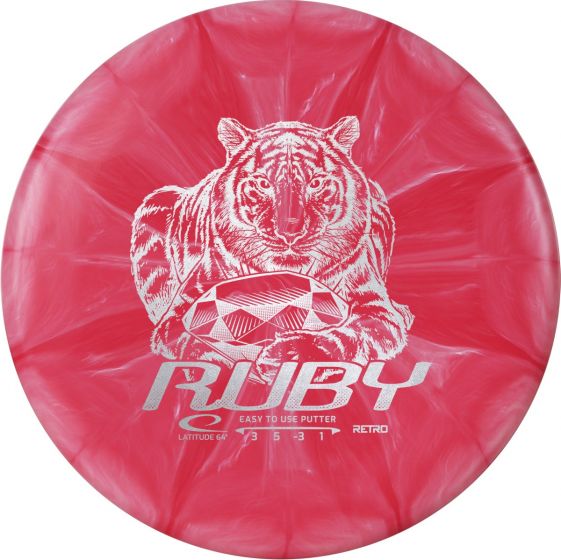 Latitude 64’s Ruby is a solid understable putter perfect for new players. Coined by Latitude 64 as one of its “easy to use” line discs.  The Ruby allows beginner throwers to avoid the low-speed fade. On further, higher power throws, the Ruby will flip up from a hyzer and hold its line (RHBH).  The shallow rim allows for forehand shots as well. The Ruby truly is the perfect beginner disc. Check it out here! 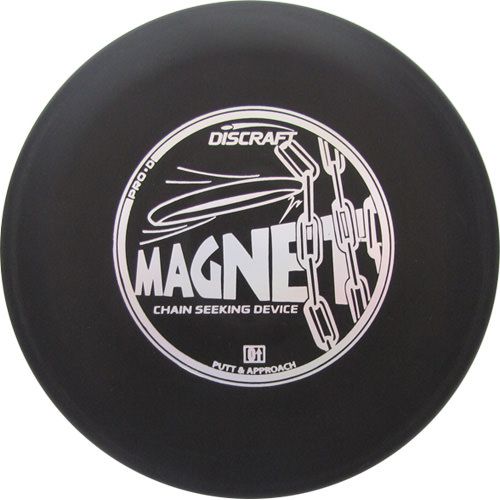 The Magnet is considered to be Discrafts “Flagship putter.”  It is also one of the oldest, most reliable, and widely used putters in disc golf.  It has a narrow rim and shorter than most putters. The Magnet is a stable flying disc with a slower speed and a consistent mild fade at the end.  Check it out here! 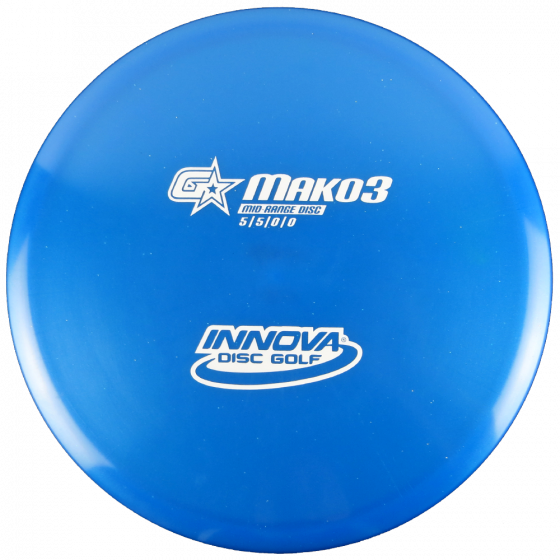 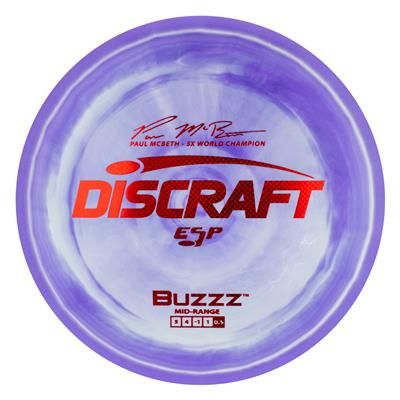 Discraft’s Buzzz is the most popular and best disc golf disc on the market, period. It is consistent, reliable and easy to control. The Buzzz comes in many plastic variations and is a stable to understable disc, which will hold any line you put it on.  The more understable Buzzz molds such as Pro-D and X plastics will be a great choice for beginners due to the ease of throwing and mild predictable fades. Check it out here! 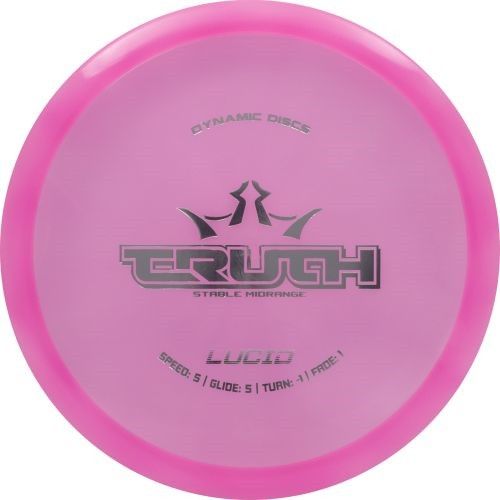 The Signature disc for 2010 World Champion Eric McCabe.  Dynamic Discs,The Truth is a very “true,” stable, straight flying mid range that is suitable for all skill levels.  From anhyzers to hyzers, the Truth’s flight will hold any line it is thrown on, and that’s the ‘truth.’ Check it out here! 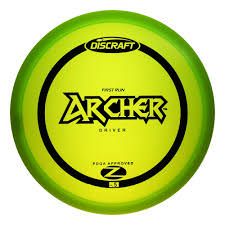 Originally released during Discrafts 2016 Ace Race, the Archer is an understable midrange with fantastic touch.  The Archer is a solid all purpose disc with a very straight flight path with a light fade. It has great glide and high turning ability making it a great hyzer flip disc.  At lower power the Archer makes for a fantastic straight flying disc, great for beginners. Check it out here! 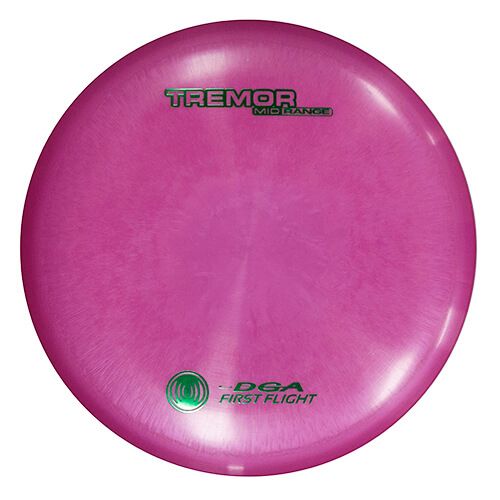 DGA’s Tremor is an understable midrange disc with decent glide and a mild fade.  The Tremor holds true for straight to anhyzer lines. It has flippy tendencies and its high glide allows for lower arm speeds to throw maximum distance on a straight line.  Throwers of all skill levels will find the Tremor a great utility disc and easy to manipulate its flight path. Disc Store Disc Member Disc December 2017* Check it out here! 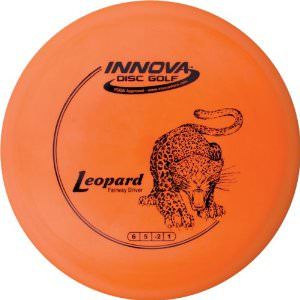 The Leopard by Innova is a classic straight flying fairway driver, great for tailwind, anhyzer, and roller shots. Leopards are often found in starter packs due to its reliable flight and limited fade. Beginners will likely be able to throw the Leopard farther than any other disc. More advanced players will notice it has a high glide and turn making it a great disc for sneaking around obstacles and manipulating the flight pattern. A Leopard in DX plastic should be in every beginners arsenal. Check it out here! 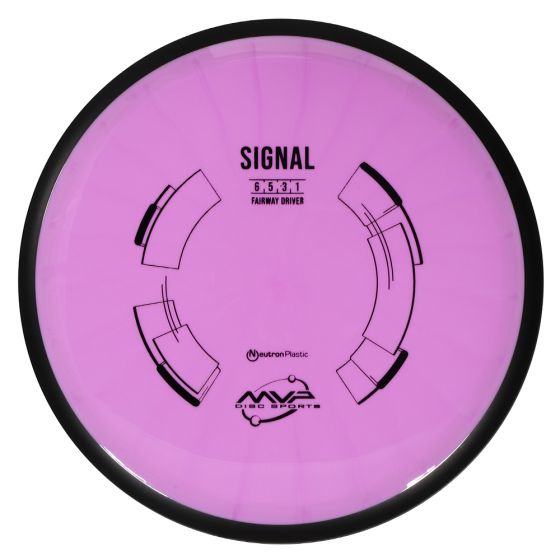 MVP’s Signal was first introduced in the 2016 MVP Circuit Player’s Pack, released in Neutron plastic.  The Signal is a great disc for new players due to its low-speed, and its extreme understable nature. Higher power throwers will find the Singal great for hyzer-flips, heavy understable turns and rollers. With MVP’s “stabilizing GYRO effect” it allows the Signal for maximum control, making it a perfect modern ‘must-have’ for any starting golfer! Check it out in Neutron Plastic here!

Innova’s Sidewinder is a great disc for any beginner looking to improve their game. It is a speedy distance driver that turns over very quickly, with a light fade at the end. The Sidewinder is the classic understable control driver.  Newer players that get frustrated with other distance drivers dumping on them early will find the Sidewinder a great choice for helping them to improve their form. A Sidewinder in Innova’s lightweight “StarLite” plastic is a great recommendation for kids, first timers, and low power throwers who are looking to get a little extra distance on their drives.  Check out the StarLite Sidewinder Here! 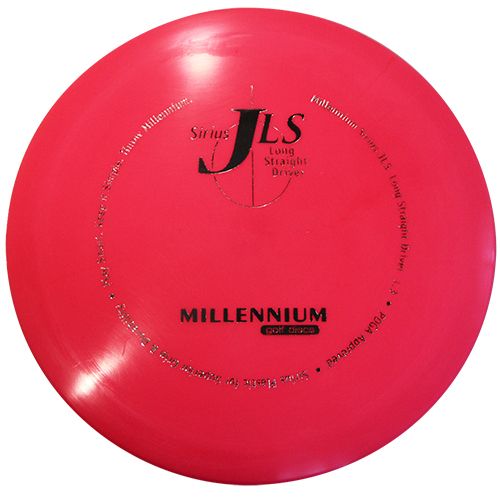 In the early days of disc golf, Millennium’s JLS was the best selling disc golf driver on the market. It is a medium speed fairway driver that acts more like a distance driver and feels like a midrange disc.  The “LS” stands for long straight. It has a high turn and fade, which allows for throwers place the JLS exactly where they want it to go. Higher power thrower will find it holds true to its line on anhyzer, hyzer, and flat releases. Beginners that struggle to keep fairway and distance drivers in the air will want to get their hands on a JLS. Check it out here! 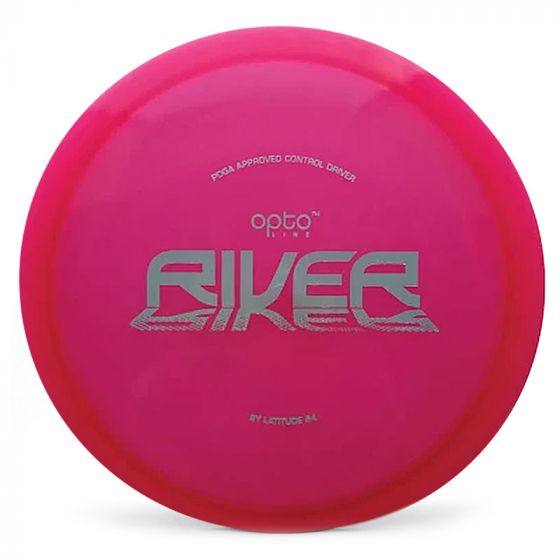 One of the best rated fairway drivers ever, Latitude 64’s River is the perfect fairway driver for beginners.  It has one of the highest glide ratings of any disc golf disc. The River is a very consistent understable driver that has excels in control.  Low power throwers and new players will find it to be one of their farthest throwing discs in the bag. A great disc for straight, control drives that really sail!  Check out the Opto Line River here!