Ultimate Frisbee, or ultimate as it is officially recognized, is a team sport that combines aspects of many other sports, such as the athleticism and coordination of basketball, the passing and flow of movement of soccer, and the field dimensions and endzones of football. Yet it is not a ball sport, it is played with a flying disc!

Teams are made up of seven players on each side and are attempting to create a series of completed passes towards their atacking endzone while defending their own. When one team makes a successful pass to a teammate into their attacking endzone they score a point. 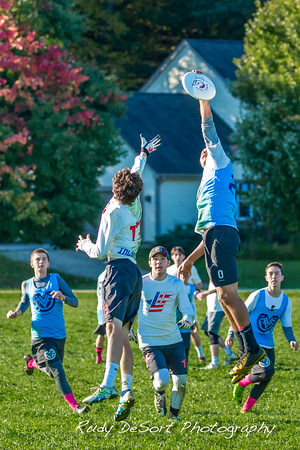 The thrower is the player with the disc at the beginning of the point. The thrower can pass in any direction but can not run or take steps with the disc. If the pass is incomplete for any reason, the offensive team is now on defense, and the opposing team proceeds to their attacking endzone. 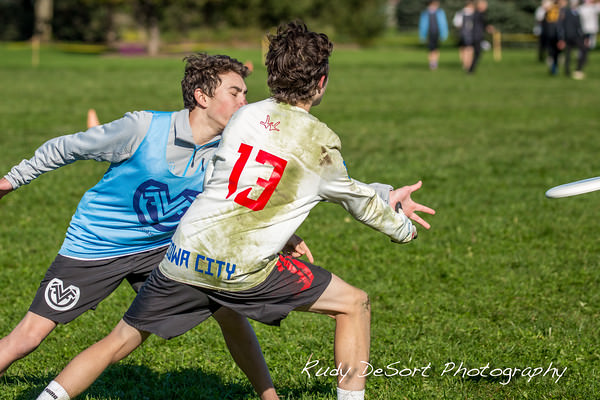 Ultimate has a unique self-referring aspect of the game by Spirit of the Game™, a traditional sportsmanship that puts the players in charge of fair play rather than referees. Ultimate is now played in more than 80 countries by an estimated 7 million people.  The WFDF, the international governing body of Ultimate, represents 59 associations in 56 countries.

To learn about the 10 Simple Rules of Ultimate click here.

This sport has been growing exponentially for the past few decades, with more and more opportunities for viewership and participation. In the USA alone, there is competition at all levels, from youth (most notably high school) to grand masters (age 40 and above) and professional.

To read about the History of Ultimate Frisbee click here.

Recently granted full recognition by the International Olympic Committee, the World Flying Disc Federation strives to add ultimate and other disc sports to more countries across the globe. There is also work in progress to adding ultimate to the Olympic lineup in coming years, potentially as early as the Tokyo games in 2020.

To see where you can play Ultimate in your area click here.